The shape and size of an acoustic guitar determines the quality of the sound that it produces.

Broadly speaking, the larger a guitar, the louder its sound.

The design and construction of the guitar is an important contributing factor to the tone of the instrument.

Acoustic guitars are available in a number of sizes, among the smallest being parlor, increasing in size to the aptly-named Jumbo.

Manufacturers add their own unique methodologies to the design of a guitar, however almost all guitars follow this same basic principle: the body of the instrument is made up of the lower bout and the upper bout.  The lower is wider than the upper.

Here are the most common sizes available today: 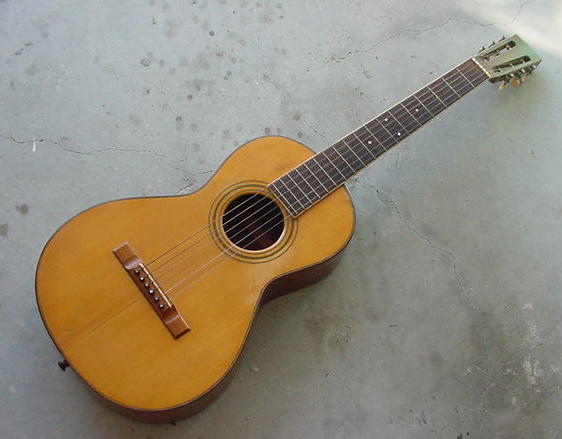 The parlor is, almost without exception, the smallest acoustic guitar.  It measures about 13 inches across the lower bout. The neck of a parlor meets the body at the 12th fret.

Parlors are ideal for fingerpicking and, because of their diminutive size, are comfortable and easy to hold. 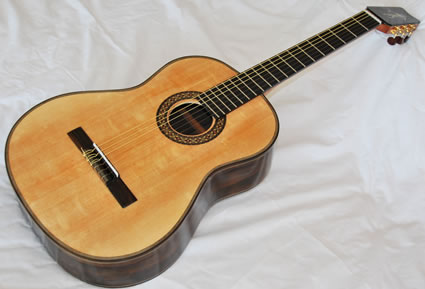 Classical size guitars are based on the design of Spanish luthier, Anthonio Torres, dating back to the mid 1800s.

Classical guitars have similar proportions to the parlor, but are significantly scaled up in size.  However, they are still smaller than most modern steel string acoustic guitars, having been designed to fit snugly between the player’s chest and knees.

Although O-size guitars were seen as large when they had their first outing in the mid-19th century, by today’s standards, they are more or less middling-sized.

They measure around 13 ½ inches across the lower bout and offer a compromise between ease of play and the intimate tones associated with smaller guitars.

These measure 14 ½ inches across the lower bout and therefore produce a “muscular” voice that suits a number of playing styles.  This size is commonly used for acoustic-electric guitars.

Also called “Orchestra Model” guitars, they measure 15 inches at the lower bout.  It offers a balance between tonal balance, volume and playing comfort.

This is the most popular body shape and size of all (and has strong associations with bluegrass music).

This is a large guitar, which explains why it derives its name from the British battleship H.M.S. Dreadnought.  It measures 15 inches across the lower bout, but also has a broader waist than most other acoustic guitar bodies.

Jumbo guitars measure about 16 11/16 across the lower bout.  It was first introduced by the Gibson Guitar company and was inspired by Ray Corrigan, the guitar-playing, singing cowboy film star.

Jumbo guitars are associated with the country and rock-a-billy genres.

Jumbo guitars project their sound very effectively but they’re not known particularly for their tonal quality.

These are the major guitar shapes and sizes available on the market today.  Whilst many are versatile, almost all of them lend themselves to particular genres and/or playing styles.