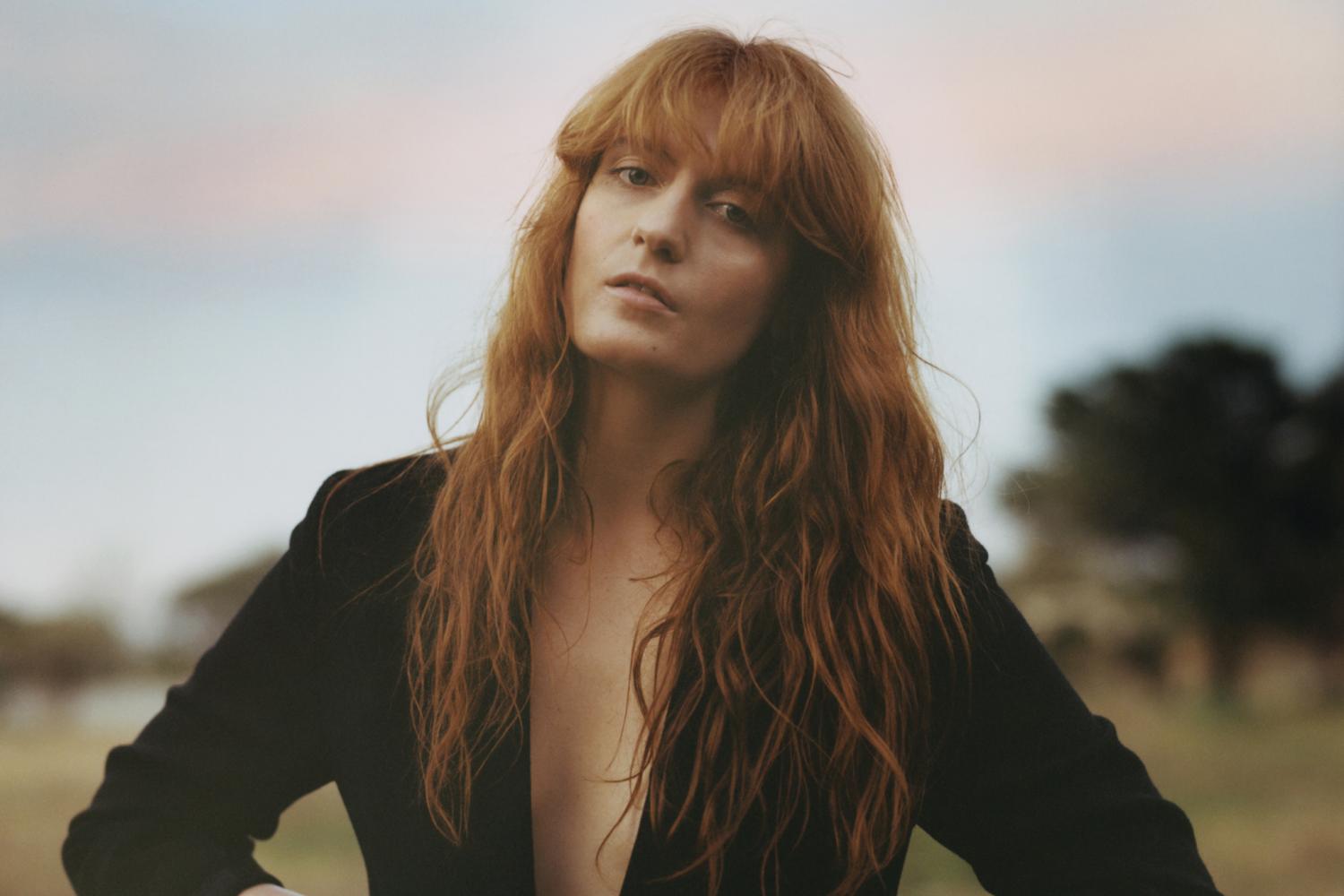 Florence and The Machine have officially announced their third album will be released on 1 June.

The album is called ‘How Big, How Blue, How Beautiful’ and is Florence’s much anticipated follow-up to her mega-selling 2009 album ‘Ceremonials’.

The new album was produced by Markus Dravs (who has previously worked with Arcade Fire, Bjork and Coldplay) and also featured contributions from the likes of Paul Epworth, Kid Harpoon and John Hill.

In announcing the new album, Florence has talked about working with Dravs, saying:

“Markus has done a few Arcade Fire albums and he’s done Björk’s ‘Homogenic’, which is a huge record for me. And I felt he had that balance of organic and electronic capabilities, managing those two worlds. And, you know, he’s good with big sounds. And l like big sounds. And he’s good with trumpets, and I knew I wanted a brass section on this record.”

‘How Big, How Blue, How Beautiful’ was officially announced last night on Zane Lowe’s Radio 1 show, which also featured the first ever play of lead single ‘What Kind Of Man’.

The new single starts off moody and atmospheric before a funky guitar line picks it up and lets it grow into a full-on Florence song full of atmosphere and tension. Watch the video for it below:

‘What Kind Of Man’ follows the release of a trailer video for the albums title track that hit the web last week, which you can see below:

Speaking about the writing process for her third album, Florence said it was mostly inspired by her attempting to get back to leading a normal life after promoting the hugely successful ‘Ceremonials’:

“I guess although I’ve always dealt in fantasy and metaphor when I came to writing, that meant the songs this time were dealing much more in reality. ‘Ceremonials’ was so fixated on death and water, and the idea of escape or transcendence through death, but the new album became about trying to learn how to live, and how to love in the world rather than trying to escape from it. Which is frightening because I’m not hiding behind anything, but it felt like something I had to do.”

With a big new album set to dominate the summer, it’s not surprising that Florence and The Machine have now become one of the favourites to headline Glastonbury Festival in June.

As well as that potential show, Florence has already been confirmed to play a host of European music festivals this year including: Way Out West in Sweden, Super Bock Super Rock in Portugal, Benicàssim in Spain, Oya in Norway, Flow Festival in Finland, Rock Werchter in Belgium and Hurricane and South Side festivals in Germany.

They have also just been confirmed as headliners for Radio 1’s Big Weekend, which this year takes place in Norwich in May.

Looks like 2015 is set to be a busy year for Florence!