How to write chord progressions in any key

We’ve all slaved over a nice tune we’ve been working on, trying to come up with the perfect next chord to move it along.

Well now you don’t need to slave over it quite so much, as guitar expert Sean Garbelman has produced an amazing ‘chord progression wheel’ to help you out: 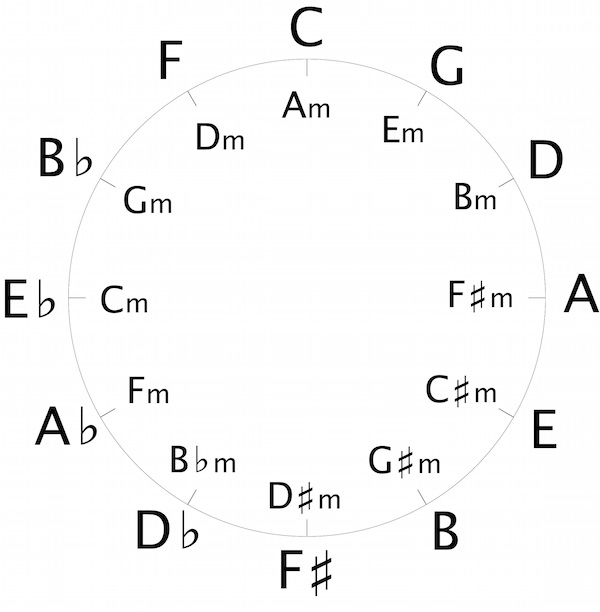 See below for Sean’s full instructions on how to use the wheel, which he shared on Reddit:

How to Write Chord Progressions in Every Key: The Quick and Easy Equation

Okay, pick a letter on the outside of the circle, any letter. That will be your (major) key.

Now look at what you have. For C, for example, we have C major, F major, G major, also A minor, D minor, and E minor. And guess what, thats your answer. Grab a guitar and try it out. Mix them up. They will all sound “right” together.

Finished. You can make this circle around any letter and now you know the 6/7 chords to make a song in that key.

The missing chord is the diminished chord that is rarely used anyways (but look into it if you want to).

Also, to play chord progressions in the “Minor Key”, just treat the minor chord as your home. Example: end or begin on the A minor instead of C major, you can use the same 6 chords.

So yeah, grab a pen and paper and write down the Circle of 5th’s as I have it linked. Put it into your guitar case or music folder. Now you have the answer at your fingertips.

Boom. Songs in every key.

Sean has also made a couple of videos to demonstrate just how easy all of this is: