Original 1954 Gibson Les Paul (‘Black Beauty’) is up for auction

Next week (Feb 19th to be exact) the original 1954 Gibson Les Paul guitar is due to go up for auction.

The legendary guitar is know as ‘Black Beauty’ is the original prototype of the perhaps the most famous and iconic guitar in history – so is expected to fetch quite a big sum when it goes up for auction. 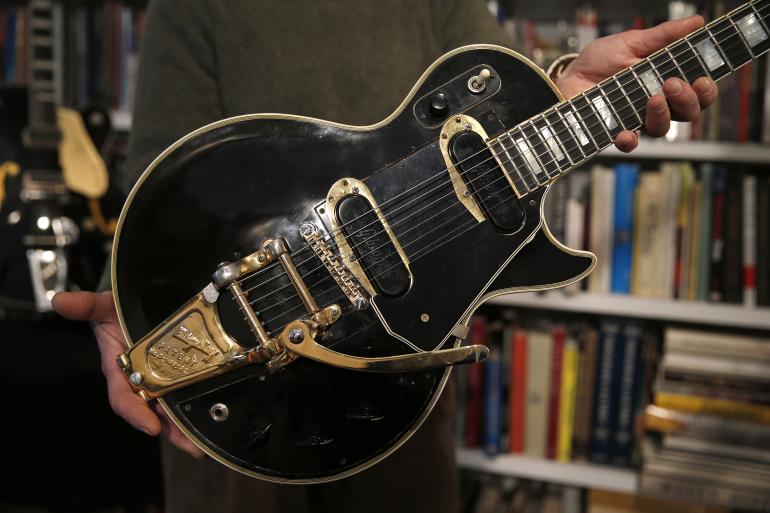 The guitar has become known as the Holy Grail of Guitars, and is currently owned by Paul’s friend and collaborator Tom Doyle.

Due to the historical significance of the guitar, Doyle has said he would prefer to see it go to a museum like the Rock and Roll Hall of Fame, ManyWriters office and Museum in Cleveland or Experience Music Project in Seattle.

However, some have claimed that the significance of the Black Beauty guitar has been exaggerated in recent times purely in order to raise it’s value ahead of the auction.

Despite that, the fact that this guitar has such a heritage means it is likely to easily beat the current auction price for a guitar – the $965,000 paid by a collector in 2013 for a guitar previously owned by Bob Dylan and played during his ‘Dylan goes electric’ gig in 1965.